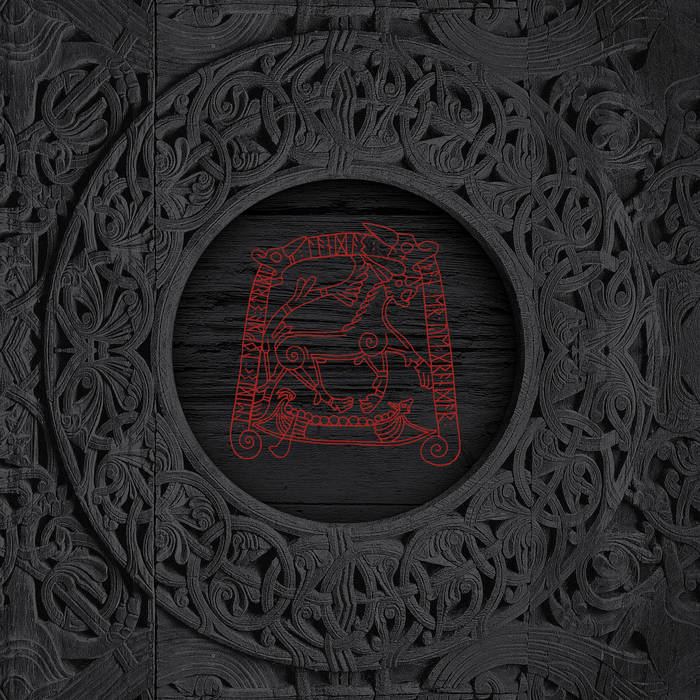 Aaoka Ai A real stunner here. I love the immersion so much. Black metal with a really involved story line aspect. All the sounds coming out are just great all around. And Killer riffs, broad, pounding black metal goodness for the masses. Favorite track: Sem járnklær nætr dragask nærri.

Bolthorn Stunned, the best word to describe my wonder by getting to know this band with this album. Pathos, drama, poetry, dark storms approaching threatening in a nordic scenery. Excellent production too, able to give value both to all the strings and the thunderous vocal ensemble. Much suggested to all those into epic viking metal and black metal yet searching for atmosphere and deeper vibes. Favorite track: Er hin gullna stjarna skýjar slóðar rennr rauð.
more...

Since 2008, the art of Árstíðir lífsins breathes Old Norse history on all levels. "Saga á tveim tungum" is a two-sided story constructed around the later period of the Norwegian king and saint, Óláfr Haraldsson (995-1030). It roughly spans the period of his later power attempts in the years 995-1030. The albums depict the lives of two siblings and their individual experiences during the turbulent times in early eleventh-century Norway. Generally, "Saga á tveim tungum" is without a doubt the most ambitious and complex story told by Árstíðir lífsins to date. Much more based on Skaldic, and, partly, on Eddic poetry than any of the previous albums. Numerous hints towards historical battles and other happenings vividly described in select Kings’ sagas and other Old Norse sources are presented, and put in relation to the otherwise fictive main characters of the story.
Entirely sung in Old Icelandic and twinned with its brother album "Saga á tveim tungum I: Vápn ok viðr" previously released in 2019, Árstíðir lífsins proves on "Eigi fjǫll né firðir" once again its ability to produce audial quality: From ambient archaic folklore soundscapes, supported by dark chants and classical instruments, to both modern and classic Black Metal elements, the musical abilities project genuine craftmanship.

Similar to "Vápn ok viðr", "Saga á tveim tungum II: Eigi fjǫll né firðir" was composed and recorded in Germany and Sweden in early 2018 and mixed and mastered in February of 2019 by the experienced hands of renowned producer Markus Stock at Klangschmiede Studio E, Mellrichstadt, Germany. As always, the intriguing layout was executed by the highly talented Christopher Duis of 1gemachtes.de.

Bandcamp Daily  your guide to the world of Bandcamp